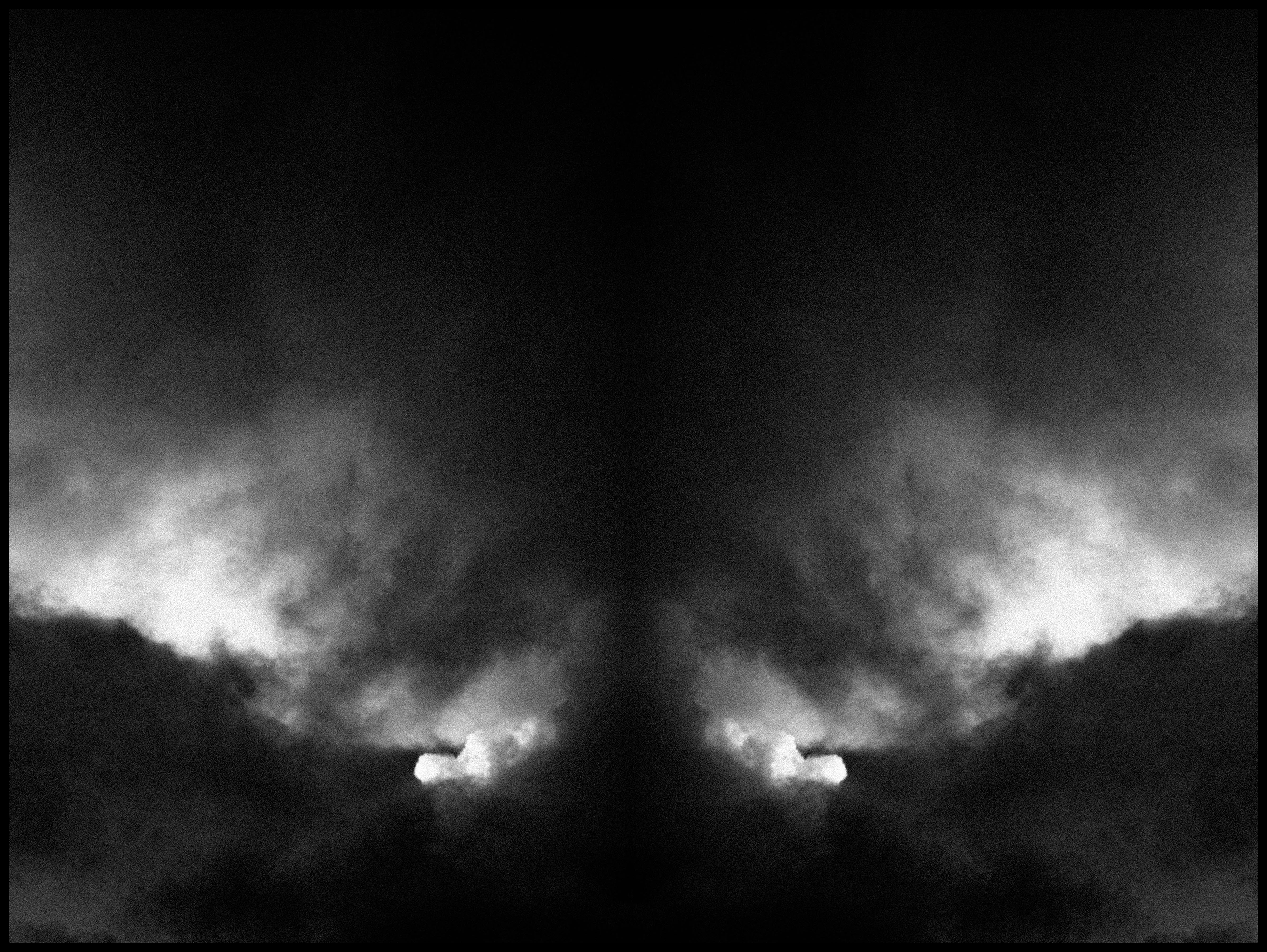 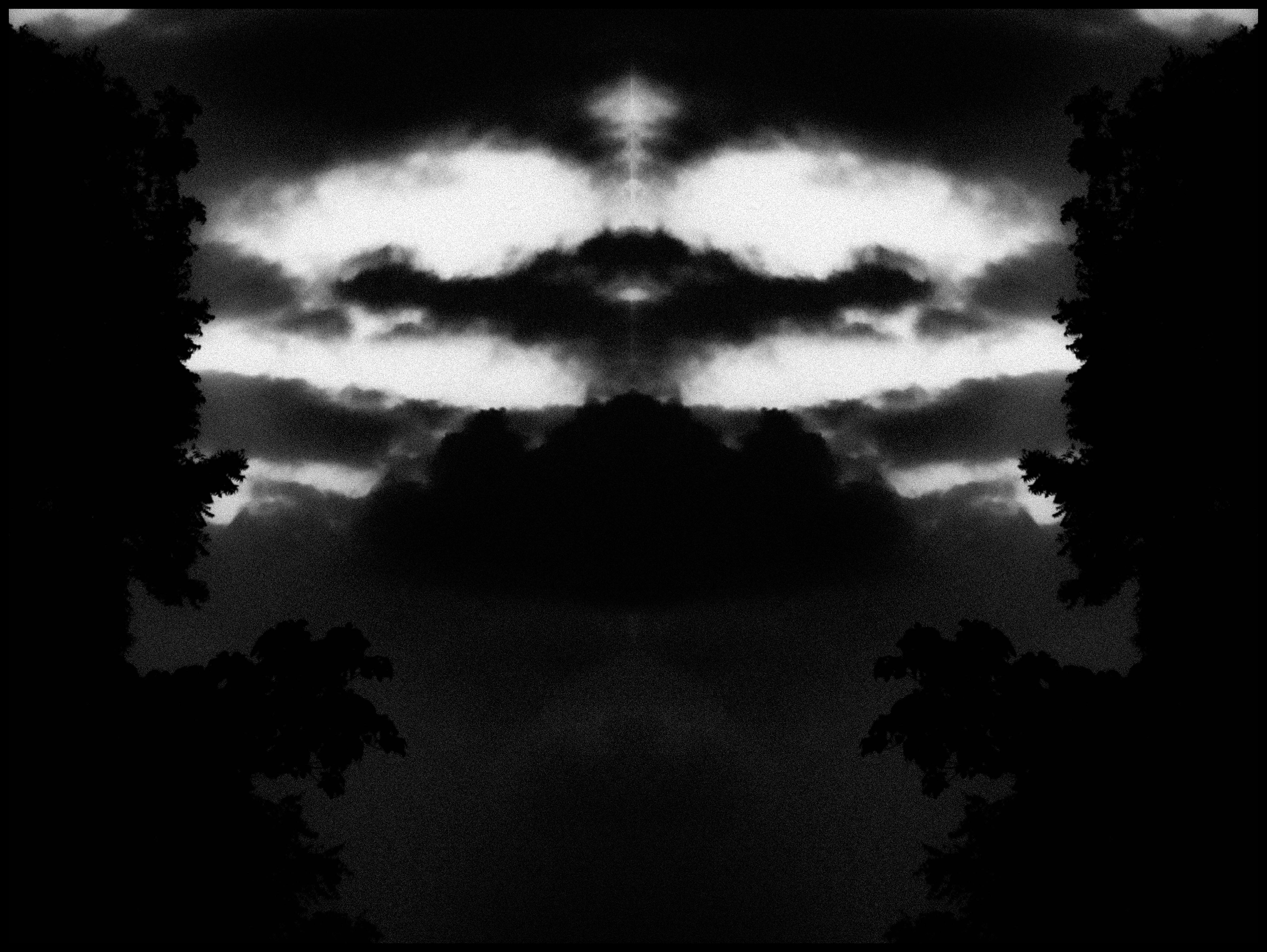 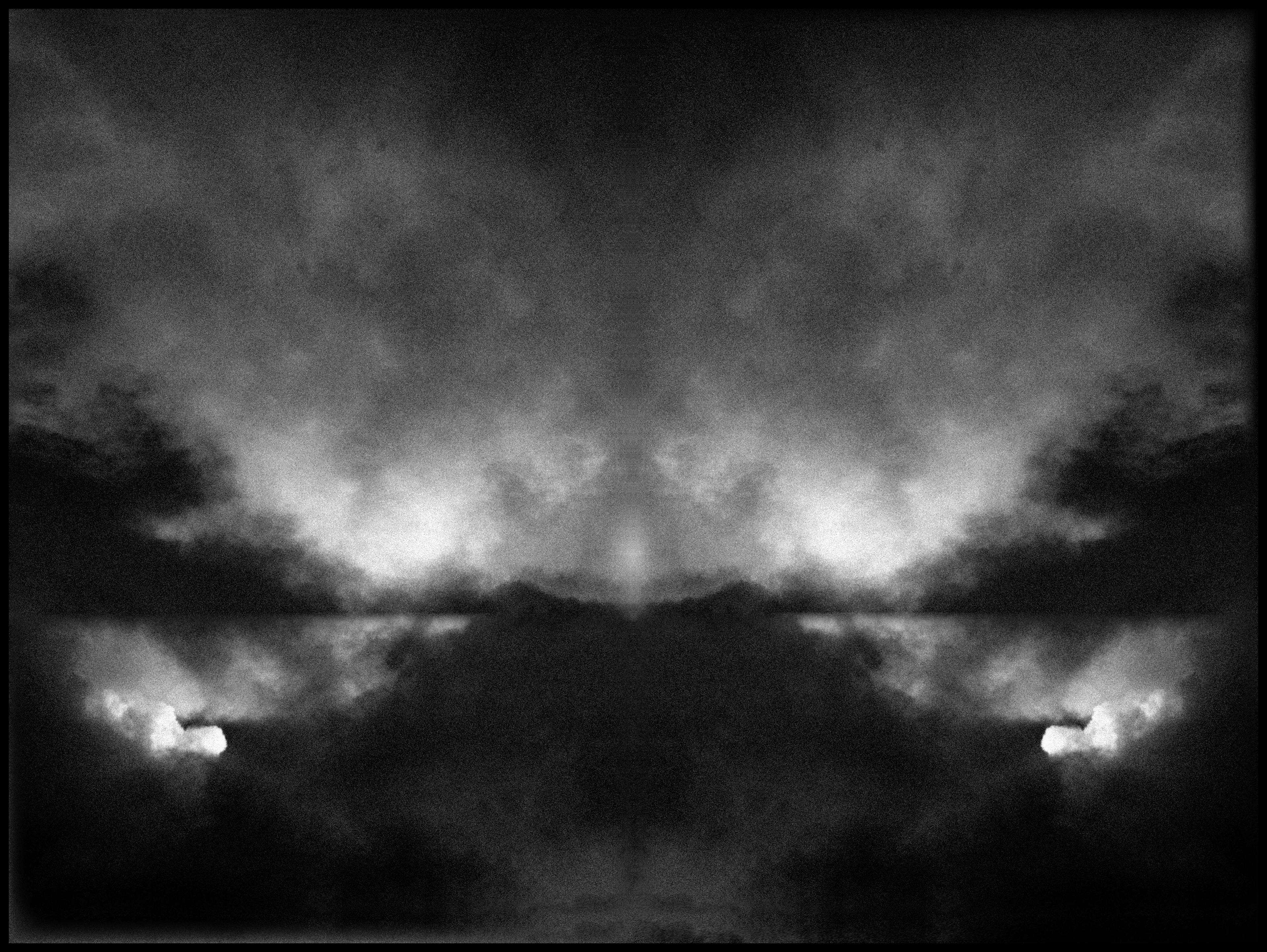 Ashen Flight was the final one created in the series, and, being completely honest, it didn't take me all that long. As anyone can see, it's simply mirrored vertically. Most of the time was spent on actually creating a moody, black-and-white atmosphere in the images themselves.
I'm personally quite proud of Hollow Skies. it has an almost ethereal, end-of-the-world feeling, with something almost Lovecraftian hidden in the shadows of the clouds pooling underneath. The upper levels are quite similar to an explosion or, as one of my friends pointed out, an ultrasound, which I suppose ultimately reflects your own world-view. Again, technically, a lot of the effort went into creating the atmosphere more than the image itself, which is simply the original mirrored vertically.
Lastly, Mandibles. This one took a while before I was satisfied. You may have already noticed that Ashen Flight and Mandibles have the same source image; I wanted to use it in two different ways the moment I saw the small, brightly lit clouds near the bottom. With Mandibles, I wanted to create something massive, almost macroscopic, yet distinctly insectoid, focussing more on the mouth and eyes. Well, figurative mouth and eyes, I suppose.
This was fun to do, even if it did take me a while to get the hang of. I wanted the images to be heavily processed, which is why you'll see a lot of grain in each one, giving it more of old-school film vibe. I was inspired to mess around with them because the original images themselves weren't particularly interesting. It just goes to show you that you should never delete images you aren't satisfied with because you can always repurpose them one way or the other.
The added bonus of these Rorschach test–esque images is that they can be interpreted a variety of ways, so what I see is not necessarily what you see. Got an interpretation you'd like to share? Tell me on Instagram or shoot me an email through the contact link. I'd love to hear from you!
Thank you!
↑Back to Top